Polymers are organic compounds the molecules of which consist of numerous identical units that are repeated in sequence, and are formed of simpler substances called monomers by means of the polymerisation reaction. Polymers have assumed enormous industrial importance over the years; in fact, they are of primary importance in the preparation of plastics, rubbers, synthetic fibres and protective and adhesive coatings.

There are various polymerisation reactions, and each needs certain specific conditions useful for execution, depending on a number of variables.

There are different types of polymerisation, the classification of which is based on reaction mechanisms or on the steps involved (polymerisation in mass, in solution, in suspension, in emulsion).

An initial distinction was made in 1929 by Wallace Hume Carothers between addition polymers and condensation polymers, depending on whether the polymerisation reaction produces only the polymer or also a compound with low molecular weight (e.g. water), called “condensate”, respectively.

Later, in 1953, Paul Flory differentiated polymers on the basis of the reaction mechanism. The assembly process of polymers takes place by means of two possible chemical mechanisms:

Polymerisation by condensation: two or more monomers react to form a new bond and simple molecules (like 2O, NH3, HCl) are eliminated in the reaction; the composition of the polymer is therefore different from that of the initial products (unlike the case of polymerisation by addition).

Chain polymerisation: The reaction is triggered by an activated species (free radical, carbocation or carbanion), called the initiator. The initiator adds one monomer molecule to create a new active centre which agains adds another monomet molecule to create another active centre and so on to the end of the chain gradually as it grows.
The polymer chain production process consists of three steps: initiation or activation, propagation and termination.
An example of polymer obtained by chain polymerisation is polyethylene.

Step polymerisation: it takes place between chemical species having two or more reactive ends (functional groups), therefore capable of bonding with one another. Long chains are formed by the union of shorter chains.
An example of polymer obtained by step polymerisation is nylon.

AMARC produces ovens for the polymerisation of powders, paints, resins and coatings, and this reaction is carried out by the circulation of hot air inside the oven.

AMARC ovens can be customised in terms of dimensions, operating temperatures, thermal cycles, forced circulation (the mass of hot air is directed to the operating chamber of the oven and is conveyed by adjustable deflectors, so as to allow optimum flow) and possibility of polymerisation on continuous cycle.
An electric panel with relative instrumentation, to be set initially and subsequently to be maintained and checked to make sure the procedure takes place inside the chamber as predefined. The computerised system also makes it possible to connect the oven to the factory’s systems, with real time control of the polymerisation process and warning signs in case of faults. 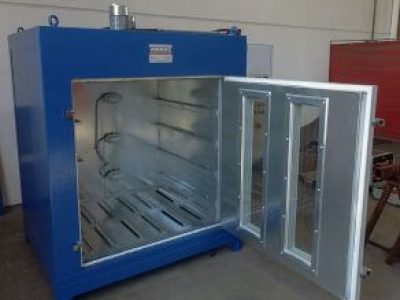 OVEN WITH FORCED VENTILATION FOR THE POLYMERISATION OF MATERIALS 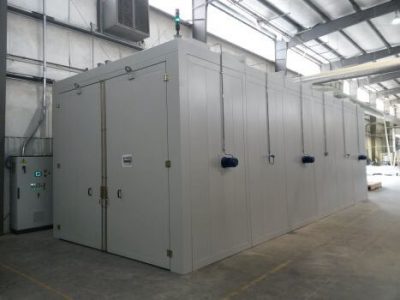 INDUSTRIAL OVEN FOR POLYMERISATION OF POLYURETHANE 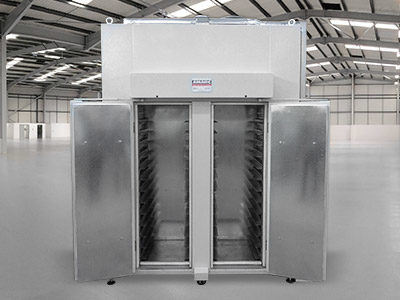 Immediately at your disposal!

If you need help, commercial or technical assistance, or just information, please call us or write to us without obligation or fill in the form so that we can contact you.

We are available at the number:

If you prefer you can write to us at: