The various thermal treatments include the firing operation which, acting on the temperature of the material, makes it possible to obtain certain structures and features as required.

Firing involves prolonged exposure of the material concerned to the action of heat, and can be seen as the sequence of a heating and maintenance process, which is followed by a more or less controlled cooling process.

Depending on the material to be treated, the processes assume different names, depending on the temperature at which the treatment is carried out and the cooling. For example, in case of metallurgical structures, there is annealing, normalisation, hardening, soft annealing and tempering. Firing however also concerns the sector of foodstuffs, polymers, clays, resins, carbon fibres, etc..

AMARC produced ovens that can be customised in terms of material to be treated, dimensions, operating temperatures, thermal cycles, forced circulation (the mass of hot air is directed to the operating chamber of the oven and is conveyed by adjustable deflectors, so as to allow optimum flow).

AMARC ovens are also equipped with a setting and control system which makes it possible to set, maintain and check to make sure the process inside the chamber takes place as predefined, so as to obtain a better quality of the product and greater efficiency of the firing process. A computerised system can also be installed which makes it possible to connect the oven to the factory’s systems, with real time control of the process and warning signs in case of faults. 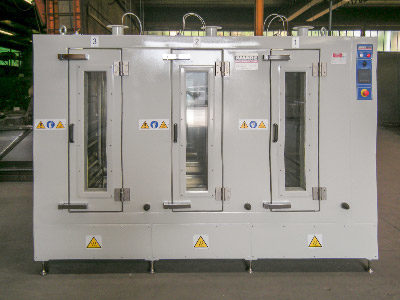 INDUSTRIAL OVEN FOR THE FIRING OF BIOMEDICAL COMPONENTS (3 INDEPENDENT ZONES) 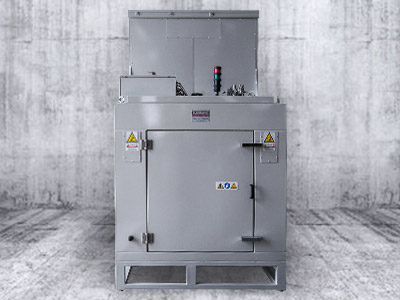 INDUSTRIAL OVENS FOR THE PROCESS OF FIRING BIOMEDICAL COMPONENTS 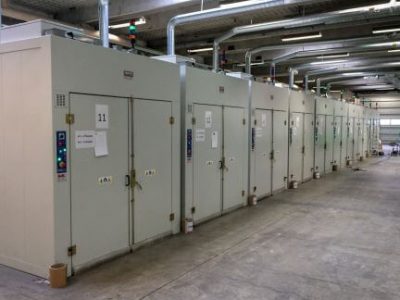 Immediately at your disposal!

If you need help, commercial or technical assistance, or just information, please call us or write to us without obligation or fill in the form so that we can contact you.

We are available at the number:

If you prefer you can write to us at:

Cookies help us deliver our services to you. By continuing to use our website, you agree to our use of cookies. To find out how to control or delete cookies in the web browser you are using visit www.aboutcookies.org. For more info click here.